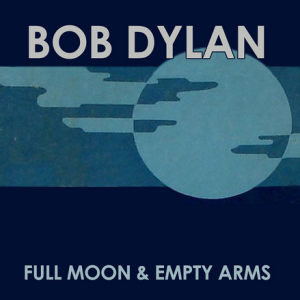 Bob Dylan’s latest studio album Shadows In The Night is set to be released later this year.

One of the tracks has been made available and it’s called Full Moon And Empty Arms.

This was first released in 1945 by Buddy Kaye and Ted Mossman and it’s based on Sergei Rachmaninoff’s Piano Concerto No. 2.

It’s a real slow melancholy ballad and is best known for the Frank Sinatra version in 1945.

There’s no doubt that the theme of longing and love suit Dylan’s style.

And despite Dylan’s lack of vocal quality in recent years, he takes to it really well.

In fact, Dylan has been a fan of Sinatra’s for many years. He performed at the TV special Frank Sinatra: 80 Years My Way in honour of Ol’ Blue Eyes 80th birthday in 1995.

The song, Restless Farewell, is a beautiful, slow, full-band version of the acoustic version from The Times They Are A Changing – and Sinatra is understood to have requested it himself. The recording is on YouTube.

Back to the latest track, Full Moon And Empty Arms.

You can hear Dylan’s version here.  This is the version by Sinatra.